8th April 2017 saw the annual Provincial Charity Ball which was once more held at the Holiday Inn Hotel in Newport.   There was however a bit of an upset when Elvis put in an appearance. 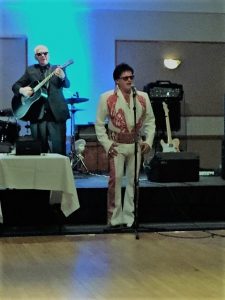 After half an hour of classic songs and great entertainment Elvis left the building. 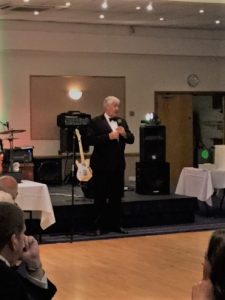 The PGM then held a discussion as to whether or not Elvis was still alive. 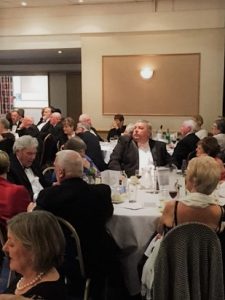 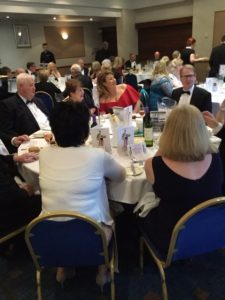 Following a lively debate everyone got on with some dancing in an attempt to burn off the carbs just gained from the feast that had been served. 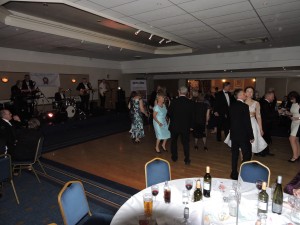 We are all looking forward to the next one when some are hoping to see Freddie Mercury and Queen!!

A  presentation of £1000 was recently made to National Star by members of Utrique Fedelis.  The cheque  was presented by W.Brothers Louis Mahendra and John Gillo and the money is to  be used by the charity to purchase iPads. 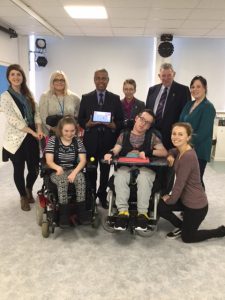 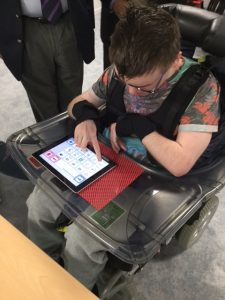 Picture of Ariel using an iPad 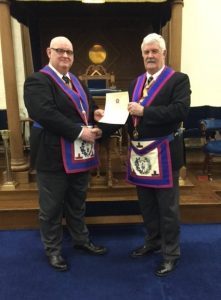 The Provincial Grand Master of the Mark Province of Monmouthshire, RWBro Derek Thomas, receiving his certificate and badge commemorating 40 yrs of service in the Mark Degree from VWBro David Powell DPGM.