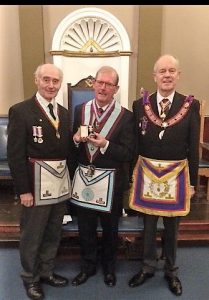 The secretary of Sincerity Lodge No.327 in the Province of Cheshire received a very welcome phone call on the eve of their Installation meeting in February. W. Bro. Bill Hall, who is currently in the chair of Torfaen Lodge of MMM No.796, was making contact with Harry Shone as he had a past master’s jewel, which had been presented to his wife’s father, W. Bro. Arthur Oliver Chatterley P.A.G.D.C., following his year as W. Master of Sincerity in 1945, which he and his wife Jeanna were anxious to return to the Wallasey lodge.
Bill then offered to travel up to Wirral the following day to “repatriate” the jewel and asked permission to address the brethren, which was swiftly granted, and he gave the following history of his father-in-law’s life.
W. Bro Arthur Oliver Chatterley was born on November 8, 1899 and died in 1978 Aged 79. He lived at Oriel Road Liverpool opposite the Town Hall, attended Liverpool University, and his initial Architectural thesis was entitled “Masonic Buildings in England and America”.
He was a member of Liverpool University Lodge and won a national architectural competition in Birmingham so moved to Sutton Coldfield in 1928 where he raised a family of three girls and designed several Schools in Birmingham as well as private houses.
“He kept his office in Liverpool as well as his office in Birmingham travelling to Liverpool every second week as well as attending his Lodge in Wallasey and his University Lodge in
Liverpool.
During WW1 he was a fighter pilot in the Royal Flying Corps which later became the RAF, flying Sopworth Pups and Tiger Moths amongst others in later years.
In the WW2 he and three others ran the Birmingham fire service and were responsible for the central section of the city. He was an Air Raid Warden when off duty and also ran the local Home Guard. He joined Lodges in Birmingham and as an organist was in great demand.
“When desperately ill with cancer he played the brethren out of the lodge room after the meeting and halfway through the festive board the members noticed he was missing and found him collapsed at the organ. He refused to take pain killers and died at home with his family at his side. 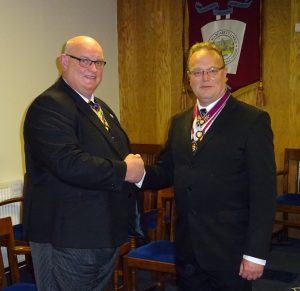 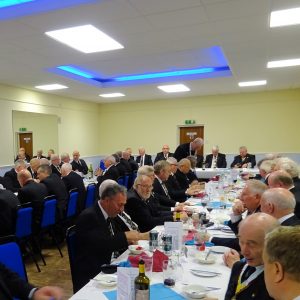